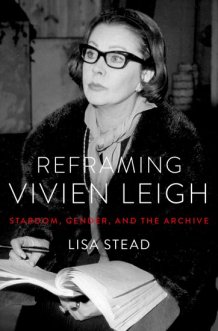 Newly analysed letters written by Vivien Leigh show her close bond with fans - and how the actress would share highly-personal details about her health and relationships with them.

The letters detail Vivien’s experiences with physical and mental health, and how she worked hard to craft characters, even while dealing with a progressive illness. They paint a rich picture of her working practices and career choices in the later stages of her life.

Australian fan Joyce Attwood met Vivien in person when she toured Australia in 1948 and the pair exchanged many letters over the next two decades. Joyce’s letters form part of the Vivien Leigh Archive in the Victoria and Albert Museum, while a new book analyses letters sent to Joyce by Vivien for the first time. The contents of the letters haven’t been made public before now.

One letter, dated a day before her death and sent to Joyce, says: “I am so tired Joyce – so very tired, everything is such an effort for me. I feel I just can’t fight back any longer.”

After Leigh’s death her mother continued the relationship, sending some personal items of her daughter’s to Joyce in Australia, including a bible inscribed by Leigh on the day she died, various Beatrix Potter figurines, signed photographs, and an engraved compact (inscribed with the words: “In sincere appreciation, Vivien Leigh, 1953”).

She also sent a porcelain cat she used to have with her when she was having electric shock therapy which was bought for her by Lawrence Olivier. The accompanying letter, written to Attwood just before she died from her Sussex property Tickerage Mill, says:

“When I was so ill here in London in 1945 I missed my Siamese so much. Larry bought me one in China. He has stayed on the table by the bed in the hospital with me for two years. Since then he has been everywhere with me. - Hospitals, Sanatoriums, Hotels, Theatres, wherever I have travelled I have had him for company. He is really part of me. I would like you to have him, so when the times comes my mother will send him to you along with this letter.”

Fan Esperanza Alvarez told Dr Stead Vivien was a star who was very willing to engage with fans and went even further in developing “a personal relationship with many of them”. Other fans praised her “availability”.

Another fan, Sarah Henderson told Dr Stead the actress “actually made herself accessible in a way that not many massive stars like her would have done because people could go see her. She was so sweet to her fans”.

The book traces the history of this relationship between Vivien and her fans, the “Circle”, which started in face to face encounters and letters. Vivien often made arrangements to see the fans, inviting them to stage doors and to watch rehearsals. This required a great deal of effort on her part, and her secretaries during her busy and complex working schedule.

Rita Malyon first wrote to Leigh in 1955 after seeing her at Stratford to say how much she’d enjoyed her plays. She continued to write to Leigh “every time I saw her in something new after that for a while”, and told Dr Stead Leigh “always answered. . .they we nearly always typed by the secretary, but she actually addressed them to us and signed them personally”. These letters are now, along with others in the Circle archive, in the Victoria and Albert Museum.

The letters show fascinating detail about Leigh’s professional life and creative labour and offer an insight into Leigh’s views on the roles she was being offered during this period in her life.

Leigh’s letters suggest that she had been given a specific, terminal timeline by physicians in 1963. A letter published in the book, written in April 1967 to Joyce Attwood says: “When I was at the sanatorium in Switzerland after ‘Tovarich’, the Doctors told me then, my lung would only last the most, another three years”. In April of that year she said: “I have been trying to say goodbye”.

Dr Stead said: “It may seem odd that such personal letters and objects were sent to people Leigh and her mother barely knew, but perhaps this was because they were at a safe distance. She felt like she could confess her troubles to them. The letters show intimacy for her was being able to speak freely away from the public eye.

“The letters reframe Vivien Leigh, helping us to go beyond her popular image to show her insecurities and also her professionalism. They show she did have a great deal of agency in her work. She managed her career while at the same time coping with mental health issues which she shared with fans.”

Many of Leigh’s other letters are held by the Victoria and Albert Museum.

Some degree of correspondence with fans was usual at the time. In letters to other fans published in the book Leigh responds politely to questions about upcoming plays and films but rarely speaks at length about her more private thoughts and feelings.

Joyce Attwood’s letter collection also contains letters from other members of Leigh’s family, featuring various piece of correspondence from Leigh’s mother, Gertrude Hartley, and her daughter, Suzanne Farrington, sent both before and after Leigh’s death in 1967. The letters show Leigh was keen to know about Attwood’s life and family.

In one letter, featured in the book, Leigh said she appreciated Joyce’s discretion when she didn’t discuss Laurence Olivier when the pair met given that their recent divorce was so recent. She wrote at length about the hurt caused by Olivier and her attempts to hide her unhappiness from the press, but also the support he had offered her throughout her illness.

In 1961 Leigh wrote to Joyce about the joy she was experiencing as a grandmother, describing her daughter as “the greatest happiness in my life”. That summer she asked Joyce to keep writing to her, saying she loved getting letters from her and this would help sustain her through long periods of illness.

Joyce’s niece has told Dr Stead she thinks her aunt may have burned many of Leigh’s other letters after her death because they contained personal information and she did not want to end up “in the wrong hands”.