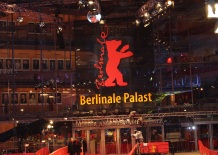 Students to take to red carpet at film festival

Students from the University of Exeter will participate in one of the world’s leading international film festivals.

They will have the chance to view all the films in competition at the Berlin Film Festival alongside world-famous actors and producers and other members of the international film industry.

The students are studying for an MA in International Film Business, a degree taught jointly between Exeter and the London Film School. They will attend the Berlinale and European Film Market from 12 to 17 February as part of their degree programme.

The field trip will allow the students to participate in the excitement of red carpet premieres, attend master-classes and industry forums as well as immersing themselves in the world of film making and financing.

The students will have a base at the DFFB, Germany’s leading film school, in the Sony Centre, Postdammer Platz at the heart of the festival. They will also benefit from daily catch-up meetings with their tutors, a class on film finance delivered by the MA’s co-director Angus Finney as well as Q&A sessions with guest speakers – industry insiders who are themselves working at the festival.

The networking opportunities offered on the field trip could prove decisive ad the students start their careers in the film industry.

This is the second year the MA course has been offered at the University of Exeter.

Co-director of the programme, Will Higbee, Associate Professor in French and Film Studies, said: “The students will, of course, revel in the glamour and excitement generated by an A-list film festival such as the Berlinale. But, just as importantly, they will also gain valuable experience in understanding how a major international festival is organised, the synergy between the festival and the market, and appreciating how the industry functions at the Berlinale.

“Our students will see first-hand this industry marketplace and immerse themselves in a professional environment, which hopefully they will end up working in.”