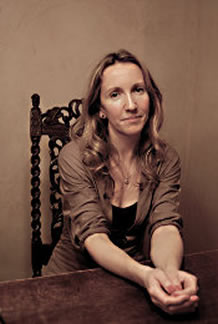 Professor of Italian Studies and Film

Danielle Hipkins welcomes enquiries about postgraduate supervision (MRes, MPhil, PhD) in all areas of Italian cinema, especially: gender representation and cinema audiences. She is also happy to supervise PhDs on the representation of gender on screen, and on girlhood and postfeminism.

One of the most recent aims of my recent research has been to ask how we can apply and develop feminist film theory in relation to the study of cinema, particularly the figure of the girl. Over the last ten years I have written eight chapters or articles about the representation of girlhood in contemporary Italian cinema, and the Italian media more broadly. Together with a colleague, Fiona Handyside, I teach a module about girlhood and postfeminism in contemporary cinema, reflecting particularly on the relationship between Hollywood and European Cinema. We are also interested in how films about girlhood are received by girl audiences, and together with a colleague in education at Exeter, Alexandra Allan, and Aparna Sharma, a film-maker at UCLA, we  developed pilot projects (funded internally by HASS) in schools in Los Angeles and Exeter, in which girls watched and made their own films about girlhood. We have more recently extended our project to include France and Italy.

A Girls' Eye View: Girlhood on the Italian screen since the 1950s

As part of this broader interest in European girlhoods, I am now leading the AHRC-funded project A Girls’ Eye-view: Girlhood on the Italian screen since the 1950s (2021-2024), https://agirlseyeview.exeter.ac.uk/en/ together with Romana Andò (Università La Sapienza), and with Maria Elena Alampi as a postdoctoral research assistant.Working between the UK and Italy, with an intergenerational team, our project will chart the history of representations of girlhood in and around Italian cinema and television; preliminary archival research shows that these are always closely tied to questions of sexuality and the body politic. Through archival research we will also interrogate how postfeminist and popular feminist discourses have become entangled in contemporary ways of talking about girls in Italy. In the context of this history, we will then carry out a more detailed analysis of contemporary Italian cinema and selected television from the last decade. The bulk of our textual analysis will integrate the responses of Italian girls (aged 14 to 18) into our analysis, drawing upon data generated through individual interviews, screenings and focus group discussion. Our project will also set young women's consumption of Italian products in the context of their broader patterns of media consumption, and ask just how important Italian productions are, or could be, to their process of growing up. If they do not perceive them as relevant, why is that? When it is, how do they respond to them? These findings will be central to the impact of our project, as we ask stakeholders in the film industry to address these questions too.

This project also examines cultural memory as a key element of being a girl. As historian Franca Bimbi argues, in Italy becoming a woman is still as dependent on previous generations' understanding of the process as it is on that of the peer group. Therefore, in its final stage the project will use a participatory oral history method to put young women in dialogue with previous generations of women about the relationship between cinema and growing up. In this way we return to the periods examined at the beginning of our book, through oral history. Female audiences in Italy have largely been ignored. Not only does this project want to contribute to their recovery, but it aims to put them at the creative centre of that recovery process, thereby finally making them stakeholders in the future of the industry

My interest in memories of previous generations of Italian women comes out of an earlier project on postwar Italian audiences, in which we found that narratives of girlhood cinema-going had disappeared from mainstream film history. In 2020, with Daniela Treveri Gennari, Catherine O’Rawe, Silvia Dibeltulo and Sarah Culhane I co-authored Italian Cinema Audiences: Histories and Memories of Cinema-going in Post-war Italy (Bloomsbury, 2020). This was the main output of the AHRC-funded collaborative project I worked on from 2013-2016 with colleagues at Bristol and Oxford Brookes, which examined the experience and memories of cinema-going in Italy in the 1940s and 1950s. With an emphasis on the popular, this project countered a narrative of post-war Italian cinema that privileged the viewing preferences of a relatively small group of predominantly male intellectuals. The project focused particularly on the importance of cinema  in everyday life, and the social experience of cinema-going, by interviewing surviving audience members, analysing their responses using data analysis software, and contextualizing these responses through further archival research. We  worked in close collaboration with the online oral history organization Memoro and the University of the Third Age in Italy. You can still follow our project on our website at http://italiancinemaaudiences.org/.

Gender Representation in Post-war Italian Cinema: From Prostitution to Postfeminism?

My research interests in audiences  developed out of the study of the representation of gender in postwar Italian cinema from a variety of perspectives. In 2014, together with a former PhD student, Roger Pitt, I co-edited a book on the representation of the child in Italian cinema, in which I focussed particularly on the neglect of the female child in Italian screen studies.

My most recent solo-authored book project has concerned the popularity of prostitute figures in post-war Italian cinema. After writing a series of papers and articles on the topic, I was awarded AHRC research leave to develop a monograph project in which I tracked the function of these figures in different moments and genres of Italian cinema between 1940 and 1965, with a particular focus on theories of spectatorship and the historical context. I show how these women are used as a keystone in the construction of a variety of discourses about gender, partly because of the background historical debate about the closure of the state-approved brothel in Italy in 1958.

In association with this project I also organized a conference in 2010 on the representation of prostitution, with Kate Taylor-Jones from the University of Sheffield, and in conjunction with Exeter's Centre for Interdisciplinary Studies of Sexuality and Gender in Europe. We published some of the proceedings from this in Prostitution and Sex Work in Global Cinema (Palgrave, 2017).

I have also traced the convergence of two of my research interests, prostitution and postfeminism, in the figure of the Italian television showgirl. In an article for Italian Studies I traced and challenged her construction in contemporary Italian culture as a symptom of the Italian political crisis. I have returned to the Italian preoccupation with the girl as source of scandal in recent work with Romana Ando on audience reception of the Netflix series, Baby (2018-2020), which uses the question of underage prostitution as its narrative hook.

The Video Essay as a means of disseminating research

After attending the Middlebury College 'Video camp' or Workshop on Videographic Criticism in 2019, I have become really interested in the way this medium affords an exciting means of communicating research findings. I have developed several video essays in relation to our project on Italian girlhood on screen, and encouraged my students to experiment with the form. I'm currently exploring ways of integrating audience response into the video essay form.

Conference Papers Given (since 2008)

Danielle Hipkins started teaching Italian language and culture upon graduation from Oxford in 1996, working as a Graduate Teaching Assistant at the University of Warwick whilst studying for a PhD on contemporary Italian Women Writers until 2000. In 2001 she took up her first lecturing post at the University of Leeds, where she worked until joining Exeter in 2006.